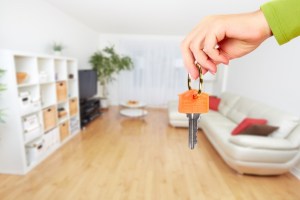 By Scott Sowers (MultiFamilyExecutive.com Article)  —  A recent brief published by CBRE shows the turnover rate for multifamily housing has fallen to 47.5%, which is the lowest level in two decades. CBRE quotes numbers from RealPage that show a drop of 80 basis points. The decline is confirmed by additional evidence culled from six major real estate investment trusts (REITs). AvalonBay, Camden, Equity Residential (EQR), MAA, and UDR all show a lower turnover rate in Q1 2019 as compared with 2018 with an annual average drop of 2% to 42%. Essex showed a 1-point rise to 41%.

The drop represents an overall trend that has been happening since at least 2000, when the rate was clocked at 65%. According to CBRE, “lower turnover rates are generally interpreted as positives for the industry and a sign of favorable market strength at this point in the cycle.” Turnover ticked up a bit in the mid-2000s but then tumbled again during the Great Recession.

CBRE quotes the National Apartment Association’s estimates that turnover costs are at least $1,000 per unit and can easily rise to over $3,000. Yet owners often achieve more rent growth when units turn. Short-lived seasonal effects on the turnover rate take effect in fall and winter months as the rate trends down. The highest rates happen in the second and third quarters of the year.

CBRE also offers anecdotal evidence for the effects that property class and age have on turnover rates. According to the brief, Class B and C communities typically have lower turnover rates as compared with newer buildings. It also says smaller properties have less turnover than larger ones as property managers put more emphasis on maintaining occupancy as opposed to maximizing rental income.