Why the potential over-development of luxury rental units adds to the shortage of affordable housing and what can be done about it. 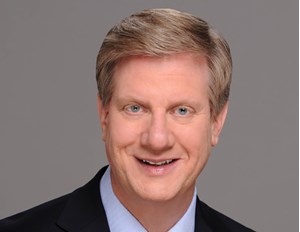 By Michael Zaransky (MultiHousingNews.com Article)  —  Lately, every city skyline is laden with cranes and every boulevard crowded with billboards advertising new luxury apartments for rent. These complexes have flooded markets across every metropolitan area―large or small―around the country. Renting, it seems, is no longer the cheap alternative to home ownership it once was.

With demand as high as it is, multifamily construction continues to boom and that trend is expected to extend into 2019, when construction of this type will reach its peak.

Developers have been so focused on catering to a wealthy market with high-end finishes and over-the-top amenities that most have continued to overbuild in this category. This will soon lead to a flattening or a market correction. They’ve also ignored the needs of average citizens and contributed to a nationwide shortage of affordable housing that has reached a crisis level.

For the time being, demand for luxury housing remains high. Millennials and baby boomers are among the two fastest-growing groups of renters, and an increasing number of empty nesters, high-net-worth households and double-income-no-kids households are choosing to rent. Both generations are seeking mobility, convenience and community. And since most of these renters are discretionary, meaning that they don’t need to rent for monetary reasons, their tastes skew towards luxury, amenity-rich accommodations. Package storage, pools, high-end fitness centers, room service, concierge services and even full-service pet spas have become the norm rather than the exception.

The other factor driving the luxury apartment glut is economics. New construction costs are at an all-time high. The ISE’s Global Engineering and Construction Index notes a 37 percent increase in the past 10 years. Materials costs, the appreciation of raw land, and the demand for labor is high, meaning that―on the surface―it’s less profitable for developers to build other types of housing. In some cases, it’s not even feasible. The minimum rents necessary just to break even are beyond affordable, thus necessitating “luxury” branding and the subsequent price tag.

Of course, none of this matters to the millions of working professionals, blue-collar workers and struggling households that can’t afford sky-high rents in their cities of choice. While an affordable housing shortage usually doesn’t push mid-tier renters into homelessness, it does displace them from high-demand areas or deter them from moving there in the first place. And for tenants whose lives are rooted in a particular location, realizing that they can no longer afford to live there can be a stressful and life-changing discovery.

According to the National Low Income Housing Coalition, the problem is worst for extremely low-income families. For every 100 households, only 35 rentals are available. But it’s also pervasive among the middle class. And now, the fastest rising rents in the country have shifted from big cities to smaller, mid-tier cities like Boise, Idaho and Reno, Nev. Those who can’t afford high rents are being pushed from the coasts inward in search of affordability, only to be priced out of those markets as well. Or, worse, displacing current residents.

Unfortunately, the only way to make prices fall is to overbuild, which is the phenomenon we’re witnessing today. But the backlog is so great and the building costs so high that it’s impossible to meet the current demand. And, as the backlog grows, the costs increase and the promise of affordable housing drifts farther out of reach.

Rather than focusing solely on low-income families as they had in the past, policymakers in big cities are now redirecting efforts toward helping middle-class families that are being priced out of urban areas as well. Despite the steady drop in Class B development and the redevelopment of older structures, several cities are taking active steps to increase the options for mid-tier renters who don’t qualify for low-income housing but can’t afford the exorbitant rents of most new development. Most cities have tried to confront the problem by requiring developers to allocate a small percentage of new construction projects to middle-income families, but these initiatives are barely scratching the surface. Plus, these laws haven’t included mandates for larger units with more bedrooms. Even if such requirements were enforced, it wouldn’t necessarily guarantee that families end up in them as opposed to groups of college students or young professionals.

Cities that are serious about changing their future outlook will likely consider tax credits and abatements to developers willing to build family housing. As it stands, however, the shortage is pushing mid-tier renters to compete with low-income renters over the very limited supply of affordable options and resources. But that doesn’t mean that mid-tier renters should abandon hope.

The affordable housing crisis is top of mind for most cities across the country, and the combination of city-driven initiatives and a cooling luxury market will soon coalesce into a friendlier environment for everyday citizens looking to rent without sacrificing all of life’s other necessities to do it.