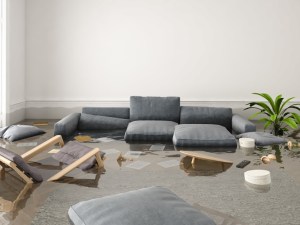 The National Oceanic and Atmospheric Administration (NOAA) now expects 10 to 17 tropical storms to hit the Gulf of Mexico and the East Coast of the U.S. this season, which typically runs May through November. That estimate includes two to four major hurricanes with 111 mph winds or more, mostly striking by the end of October near season’s peak.

Hurricane Dorian’s post-Labor Day weekend pummeling of the Carolinas is the most recent somber reminder of the havoc these storms can wreak on people’s lives and property—and the importance of being prepared as an apartment owner and manager.

One of the biggest post-storm challenges following an extreme weather event like a hurricane is dealing with the flooding that often follows. With a more active hurricane forecast, the threat of flooding in coastal markets is especially worrisome this year. However, while those in high-risk areas are most vulnerable, the threat of flood damage reaches far beyond designated flood zones.

New York University’s Furman Center recently released a “Housing in the U.S. Floodplains” report and interactive map, which looked at the housing stock located in what the government calls the 100-year floodplains and the 500-year floodplains between 2011-2015.

According to that analysis, 34% of the housing units located in the 100-year floodplain were renter occupied; 38% were renter occupied in the combined 100- and 500-year floodplain. Moreover, 28% of the housing units located in both the 100-year and combined floodplains were in multifamily buildings, ranging from small properties (two- to four-unit buildings) to larger ones (20-plus units per building).

But flooding is a big problem for owners of apartment properties across the country—not just in coastal areas. Roughly half of the flood disasters since 1990 occurred in landlocked states, according to the National Association of Realtors.

Even Utah—one of the least flood-prone states in the U.S.—has more than 10,400 renter-occupied housing units located in floodplains.

Federal law requires apartment properties with federally regulated and insured mortgages in high-risk flood areas to purchase flood insurance. The National Flood Insurance Program (NFIP) provides this insurance, but it only covers up to $500,000 per building.

Given these limited protections, some apartment properties also have supplemental flood insurance provided by private companies. However, private flood insurance is anything but widely available. The market has been reticent to expand coverage beyond high-value and lower-risk properties, leaving few policy options for apartment owners and operators in those areas. However, larger apartment companies also are able to “self-insure” from their own corporate balance sheets.

Private insurance providers’ policies also can be limited in scope, creating significant vulnerabilities for multifamily owners and operators. For example, some private flood insurance policies do not cover flooding caused by wind—such as the storm surge created by a hurricane. Most of the flooding—and subsequent damage—from Hurricane Sandy when it hit New York City came from such a storm surge, as wind pushed seawater over large parts of the waterfront.

With a relatively weak private flood insurance market, enormous pressure is put on the federal flood insurance program. Beyond growing demand for coverage, the program is under enormous financial stress.

The program was financially self-supporting up until 2004. However, a string of extreme weather events and major disasters—from hurricanes Katrina, Rita, and Wilma to Hurricane Sandy to more recently Hurricane Maria—have pushed the NFIP into the red, to the tune of more than $24 billion in debt.

Further complicating the program’s outlook is that the program has been operating on a series of short-term extensions. The most recent of which is set to expire Sept. 30. Congress is considering two proposals that would reauthorize the program for five years, but the need for program reforms to help the program return to solvency pose challenges to these efforts. However, without a longer-term authorization, multifamily owners and operators face uncertainty and growing risk as flood threats continue to rise.