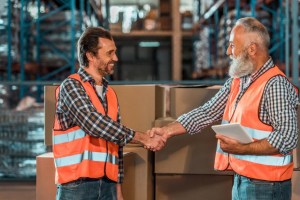 By Tony Hogrebe (MultiFamilyExecutive.com Article)  —  If you have superior and fully staffed maintenance teams at your properties, consider yourself most fortunate, because the number of qualified, high-performing maintenance technicians trails the amount needed in today’s apartment industry. That makes finding—and retaining—such workers more paramount than ever in the current multifamily landscape. Equipped with a skill set that’s highly coveted in the multifamily and construction industries, these professionals have a distinct advantage given the multitude of opportunities available to them.

Finding qualified maintenance team members has always been a difficult task, but the challenge has only become more difficult in today’s thriving economy. The unemployment rate is below 4% for the first time since the 1960s, while wages have grown about 3%, meaning a vast majority of these qualified people are already hard at work in the industry.

Similar industries, such as construction, often recruit skilled maintenance technicians to address their own labor shortages. This exacerbates the challenge for apartment communities to hire skilled professionals. And with the industry tasked with developing a projected 4.6 million new apartment homes by 2030 (about 373,000 per year), according to the National Multifamily Housing Council, the construction industry won’t curtail its recruiting efforts anytime soon.

But this doesn’t mean recruiting and retaining top maintenance talent is impossible; it means apartment operators have the opportunity to exhibit increased focus, develop an innovative culture, and get creative in an effort to attract and retain these associates.

How to Recruit During a Shortage
To identify and attract talent, you can employ both creative and traditional recruiting methods. So, keep up the typical marketing channels, advertising sources, and recruiting groups. Another, underrated source of talent is referrals. Referrals often generate the most-qualified workers, particularly for maintenance positions that require a specific skill set. They do, however, require a workplace culture that encourages associates to speak well of their peers.

Once you’ve recruited a new associate, start the retention process early. To be high-performing team members, workers have to feel like they’re engaged with the company’s mission, are informed, and are given all the tools they need to perform their job at a high level to make their residents happy. They have to want to work for a company that takes care of them and cares about their career development.
Maintenance team members, like most associates, thrive when a company allows them the flexibility to do what’s necessary to consistently take care of the community.

Retaining Current Associates
Often, the ideal staff members are already on your team, so you’ll want to take great care of them to retain them, and part of that effort entails helping them achieve their ambitions. In many cases, those ambitions are centered on professional growth and development, and often those goals align with those of the company and it’s a win-win.

Some other associates might have as their goal to remain stable in one location. In the past, they might have worked in construction or another industry in which their job required them to work in multiple locations and now they’d prefer one consistent site. A primary benefit of working in the apartment industry is a level of stability not found in many trades.

For those team members who have goals beyond becoming a maintenance supervisor, you can try to empower them without losing them. One philosophy is to hire a high-level associate, help him or her grow, and then empower the person to be the best associate the individual can be. But if you develop someone and that staff member decides to change career paths, honor that decision.

Don’t limit your workers’ possibilities. Consider, too, that they might have served as mentors to other team members within your organization who could be ready to assume greater responsibilities. It’s about how you treat your people, and if you’re not in it for their growth as well as that of your company, it will limit your ability to retain staff.

Incentives to Keep High Performers in Place
As with any industry, money is an attractive incentive in the maintenance world. This requires that you provide a competitive pay rate, which can be ascertained by tracking pay scales across the industry. Your associates might not leave for a competing offer of just 50 cents or $1 an hour more if they’re happy in their current position, but they will seek market value if they’re significantly underpaid.

Beyond monetary matters, any demonstration of appreciation is generally well received. Many property management companies have successfully implemented a service appreciation day or week for their maintenance teams during which managers and technicians are recognized at all levels of the organization and rewarded for their continued dedication.

One idea to make such an event more enjoyable is to empower the maintenance team to educate other on-site associates about maintenance tasks. Perhaps the leasing team could punch apartment homes and respond to service requests under the watch of a service manager for a day, to get a feel for what it’s like for the maintenance team on a daily basis.

Losing Associates to Other Industries
Different industries can be tempted to recruit your maintenance technicians. It happens, and it’s difficult to combat because industries such as construction often pay several dollars more per hour.

For someone who’s dollars-driven, construction might make sense. In some cases, the multifamily operator is also a construction company, so the associate might not be leaving the company but changing roles within it.

If your firm frequently secures new developments—and, given the current demand for housing, that’s a strong possibility—there’s always the need to add qualified talent. If you’re fortunate enough to attract that talent, make every effort to retain it as well.