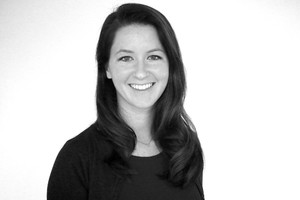 By Lauren Shanesy (MutliFamilyExecutive.com Article)  —  Despite worries over labor force shortages and oversupply in many markets, the apartment industry is expected to remain strong throughout 2019, according to Marcus & Millichap’s 2019 North American Multifamily Investment Forecast Report.

Here are the top highlights multifamily pros need to know:

Millennials will be the driving force in rental housing as more of the 67 million young adults between 20 and 34 years of age find work—employment for this age group is at a 48-year low—and move into apartments. The barriers to homeownership for this demographic, including rising home prices, rising mortgage rates, and new tax rules that reduce the advantages of buying, will also favor apartment demand.

Although new apartment completions will reach their highest level in more than 25 years with the delivery of more than 315,000 units, much of the current new inventory caters to high-income renters, leaving many potential renters priced out of Class A properties. As millennials form new households this year, much of the demand will focus on Class B and C properties for the traditional workforce.

Class B apartment vacancy remains relatively stable, at 4.7%, while Class C apartments will see vacancies tighten to 3.9%, its lowest year-end level in 19 years. Meanwhile, Class A vacancies are expected to rise to 5.8%.

Marcus & Millichap (M&M) predicts that rent gains will average 3.7% in 2019, led by momentum in secondary and tertiary markets.

Suburban development will also see a boom. As millennials enter their 30s and begin to start families at the same time that urban cores see a surge in new inventory and much higher rents, more affordable suburban properties will be favorable. Vacancies in suburban submarkets nationwide remain below the rate in downtown submarkets for the third consecutive year.

Several Midwestern markets that were trading at cycle highs in late 2008 faced significant value loss during the recession and only recently surpassed their prices of 10 years ago. But although these markets have taken longer to generate appreciation relative to the near-peak pricing in late 2008, they’ve offered investors high yields.

Although primary markets such as Boston, Los Angeles, the Bay Area, and New York City are expected to see the largest dollar rent increases this year, smaller metros are generating faster increases on a percentage basis. Metros across the Southeast and Midwest, in particular, are generating outsized employment growth and housing demand.

Florida metros Orlando (No. 6) and Tampa–St. Petersburg (No. 12) registered the largest advances in this year’s Index, climbing 11 and nine places, respectively. Robust job growth will expand the population base in both markets, generating strong demand for apartments, cutting vacancy, and producing substantial rent gains.

Cap rates have remained relatively stable in recent years, but the yield spread over the 10-year Treasury has tightened, reducing investors’ ability to generate positive leverage, says the report. To capture higher yields, investors will continue to pursue assets in primary markets’ suburban locations and in secondary and tertiary markets, increasing the flow of capital to these areas.

Upward pressure on short-term yields has increased concern an inverted yield curve could occur, which would weigh on confidence levels and could possibly reduce consumption and stall the growth cycle. The typical onset time of a recession following an inversion is about one year, but there have been two “false positives” in which a recession didn’t follow an inversion, says M&M.

The report also cautions investors to look beyond any short-term turbulence, as strong demand drivers supporting long-term yield models will counterbalance much of today’s market volatility.