Population growth, high single-family home prices and an influx of foreign investment are some of the factors that will keep the metro’s multifamily market expanding and thriving. 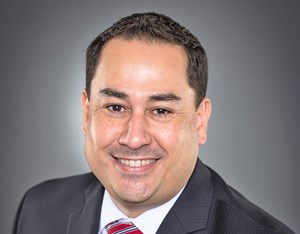 By Hernando Perez (MultiHousingNews.com Article)  —  South Florida continues to have strong demand for rental communities. Yardi Matrix research shows that unit deliveries remain above the past five-year average in 2018. More than 50,000 apartments have been constructed in South Florida since 2011, with another 10,800 units being built this year, according to a recent Marcus & Millichap report. Rental inventory grew by 4,800 units in Miami-Dade County, the highest amount in the region. Despite the delivery of rental inventory, occupancy rates have not been significantly impacted and are holding strong at near 95 percent occupancy.

A chronic shortage of entry-level housing is keeping the renter pool full. South Florida’s strong economic fundamentals are shining a bright light on the apartment sector. More than 260 people are moving to the region every day, supporting the creation of more than 111,000 jobs over the past year. Strong hiring prospects are also leading to the formation of at least 55,000 households this year, many of which will choose to rent as a lack of starter homes persists. As renter demand steadily rises and multifamily construction begins to pull back from the highs of a few years ago in some areas, vacancy rates are falling across the region once again, keeping rent growth on an upward trajectory.

Multifamily demand is being pushed by the population influx in Broward, Palm Beach and Miami-Dade Counties. The tri-county area is expected to see close to a 2 percent population increase this year. This wave of new residents was accompanied by rising single-family home prices, which helped drive the demand for multifamily properties. Florida’s economy is also booming with solid job growth and rising wages. In 2018, the state’s economy hit the $1 trillion milestone for the first time, making Florida the 18th largest economy in the world.

The multifamily sector has been soaring in large part because of our strong economy and the lowest unemployment rates in decades. Florida’s jobless rate also dropped to an 11-year low of 3.4 percent in October. However, the recent stock market volatility could mean that the Federal Reserve will keep increasing interest rates steadily. As rates continue to rise, property owners start to fear the erosion of equity and property values. Because of this, we have seen an increase in owners looking to capitalize on the strong multifamily market.

Keep in mind, everyone needs a roof over their head and multifamily properties are among the most stable investments. Therefore, it is the preferred asset class among investors. So, owners will try to capitalize on the increased investor demand and low available inventory by selling now to capture top-of-the-market prices and cash out their profits. Meanwhile, buyers are looking to take advantage of the still historically-low interest rate environment and lock in long-term debt before interest rates rise further.

Little Havana is an incredible multifamily market in the shadows of Brickell City Center just west of downtown Miami. We have seen enormous investor interest in the land currently occupied by older existing buildings. Hialeah, El Portal and the MiMo District are neighborhoods where apartment rents are extremely stable, and vacancies are almost nonexistent. Allapattah and Little Haiti are two other hot spots. The Homestead area south of Miami has also become a popular market for investors who are priced out of the high-end areas and are looking for a lower price-per-door.

Our near-term outlook remains extremely positive. Miami-Dade County is a gateway market and shares unique synergies with Latin America and many other international countries. The political and social unrest in Latin America has brought an influx of foreign capital to Miami from countries such as Nicaragua, Mexico, Brazil, Argentina and others.  South Florida’s apartment market also benefits from the thousands of people who are migrating here as they seek a more stable economy, the benefits of living in a tax-free state and great all-year-round weather.

Miami’s lack of affordable single-family homes, coupled with rising mortgage interest rates, means that many of these newcomers are turning to apartments as an alternative housing option.  The apartment market will experience a healthy expansion, but we won’t have the same year-over-year, double-digit sales growth that we saw from 2011 to 2017. Pricing and occupancy rates should stabilize as well. Cap rates are still compressed and will remain so if demand stays strong.

Hernando Perez is director of investment sales at Franklin Street, which specializes in multifamily brokerage throughout South Florida and Miami.