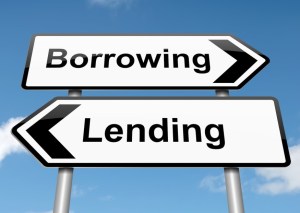 By Christine Serlin (MultiFamilyExecutive.com Article)  —  Multifamily lending appetite remained strong the first six months of the year, with low interest rates and plentiful capital, according to leading lenders in the space. And there’s no sign of demand letting up during the remainder of 2019.

“There’s so much capital chasing deals right now that there’s a lot of competition,” says Don King, executive vice president at Walker & Dunlop. “The demand is high, and it’s a bigger market than anyone thought it would be at the beginning of 2019. We are in a great groove right now, and I don’t see that changing too much in the near future.”

“Rents continue to be at good levels, and we continue to see strong renter demand,” he says. “From that perspective, all the strong factors that have led to borrower demand over the past few years are still present in the market.”

Vic Clark, senior managing director and head of national production at Hunt Real Estate Capital, adds that usually the first quarter starts off slow, but this year started off busy and continued throughout the first half of the year.

“It has been a vigorous six months. There’s continued interest in multifamily not only on the acquisition side, but everyone is scrambling to refinance if they can since interest rates continue to be low. The 10-year Treasury has dropped to a low that we haven’t seen in many years.”

Rogozinski agrees. “You have a rising tide in the form of a favorable interest rate environment lifting all boats. The biggest game changer is what’s happened in the broader fixed-income market and the level of interest rates. It’s attractive, long-term, fixed-rate financing in this environment,” he says, adding that it generates a lot of opportunities for sponsors who have been on the fence about refinancing.

According to Clark, Fannie Mae, Freddie Mac, and the Department of Housing and Urban Development (HUD) continue to dominate the multifamily market.

Lenders have no doubt that government-sponsored enterprises (GSEs) Fannie Mae and Freddie Mac will hit their budgets by year-end, but there’s concern that they could go up against the multifamily lending cap set by the Federal Housing Finance Agency before year’s end. GSEs also incentivize borrowers with favorable financing to add green and affordable rents to deals, which are outside of the cap.

“We don’t want to hit the cap early,” says Clark. “We want to make sure borrowers are aware of how to finance for green and give them the maximum benefits for affordability.”

Clark says the biggest trend he’s seen in recent months is mezzanine debt for acquisitions. “Mezzanine money has become more popular in the last few months given the low interest rates, the reasonable terms of the mezz, and the ability for mezz to increase sponsor proceeds over what they can get in the first mortgage,” he adds. “The blended rate for the mezz and first mortgage is very attractive right now.”

King says Walker & Dunlop is seeing a lot of interest for rehab financing and flexible prepayment structures. “A lot of people still want floating-rate financing. Given how low the fixed rate is, that’s really a sign that there’s an appetite for prepayment flexibility.”

With HUD and the Federal Housing Administration creating incentives, such as reduced application fees, for projects in Opportunity Zones (OZs), Clark says he expects this to be another avenue for lenders to place money.Created under the 2017 Tax Cuts and Jobs Act, the OZ program is intended to stimulate economic development and job creation in distressed low-income communities by incentivizing long-term capital investment. The incentive offers capital gains tax relief to those who invest in these targeted distressed areas.

“We will partner with opportunistic developers who want to take advantage of the OZ program,” Clark adds. “There is a short window. The maximum benefit only runs through 2019. Everyone is scrambling to take advantage by year’s end.”

Looking to the future, Rogozinski says any time that you start to get the sense you’re at a more mature part of the market cycle, you start to be careful. He cautions borrowers to be comfortable with the assumptions in the forecasts they’re using for deals stabilizing and acquisitions.

“Know your markets, know your product types, know your strengths and weaknesses as a sponsor so you can work efficiently,” he adds.

Although Clark sees demand for multifamily continuing for the foreseeable future, he says overbuilding is a concern.

“I think when you look at where we are in the cycle and demand is so strong and rents are stable, overbuilding is the worry,” he says. “Even if you look at the super hot markets, the banks, the lenders, and firms like Hunt that offer construction lending have been restrained in not allowing the markets to be overbuilt. That’s an important factor for the long term.”