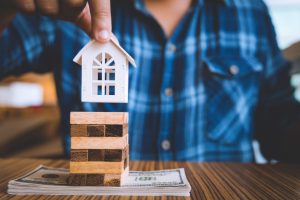 By Alcynna Lloyd (HousingWire.com Article)  —  In September, the rental prices for a one-bedroom and two-bedroom unit increased by 0.1% and 0.5%, according to Zumper’s National Rent Report.

San Francisco renters also experienced a decrease in their rent, as prices for one-bedrooms declined 1.7% to $3,540. Meanwhile, two bedrooms held steady at $4,790.

“The top 3 markets all saw dips in rent prices last month as New York City fell from its 3-year high and San Francisco continued its downward trend,” Zumper writes. “The rankings for the top 10 saw some movement in the middle and bottom, as Washington D.C moved up to become 6th, pushing Los Angeles down to 7th, and San Diego and Anaheim move into the top cities, both tied as 10th.”

However, Zumper notes that the rest of the nation saw more dramatic monthly rental growth rates, ranging between 4% and 5%, along with a handful of double-digit year over year growth rates as well.

According to Zumper, one-bedroom units in Columbus, Ohio had the largest monthly growth rate, as prices rose 5.7% to $740. This was followed by Memphis, Tennessee where rental prices for one-bedroom units climbed 5.5%, settling at $770.

The chart below displays the 25 most expensive rent markets and how they moved in September, according to Zumper.

NOTE: The Zumper National Rent Report analyzes rental data from over 1 million active listings across the country. Data is aggregated on a monthly basis to calculate median asking rents for the top 100 metro areas by population, according to Zumper.